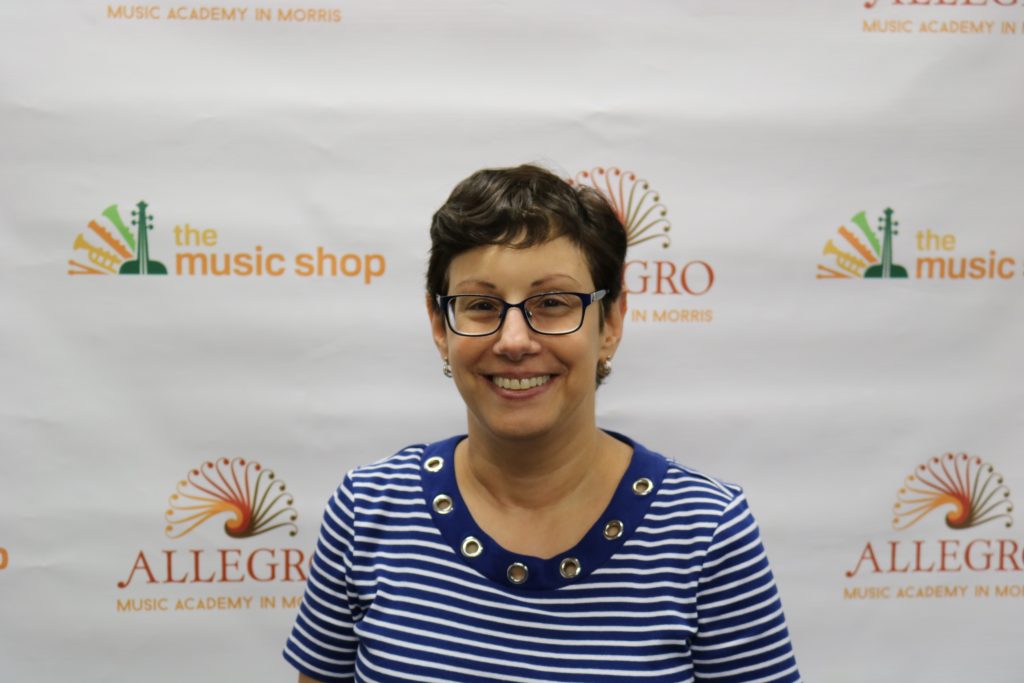 Patricia began teaching private music lessons in 1994 and joined the staff of The Music Shop in 2008. Her students are encouraged (though not required) to perform in recitals throughout the year to showcase their talents. In 2014 she founded and began instructing The Music Shop Rock Band program in which students play together in rock groups and learn the basics of musicianship in a band setting. She founded the Mount Tabor Music Camp Guitar & Bass Program in 2009 www.mounttaborband.com . As director of the program she teaches beginner, intermediate and advanced guitar classes as well as ensembles at the those levels. The ensembles then perform at the concert event culminating the program.

Patricia enjoys teaching students of all ages and levels. A self described “life long student” she believes in the potential to learn in all situations and seeks to impart this sentiment in her students, “the most important thing is to experience the joy of creative expression. It should always be fun”.

A full time musician and teacher, she performs with vocalist Aubrey Parasolle in duo and larger group settings throughout New Jersey including regular engagements at Trumpets Jazz club since 2005 – Aubrey Anne Duo. She is the guitarist for the Full Count Big Band of Roselle Park, NJ performing throughout New Jersey at concerts, swing dances, street fairs and private parties. Ms Tamburello is active in pit band work for High School, College and Community Theatre Groups in New Jersey.

Patricia is also a featured artist for Sadowsky guitars.