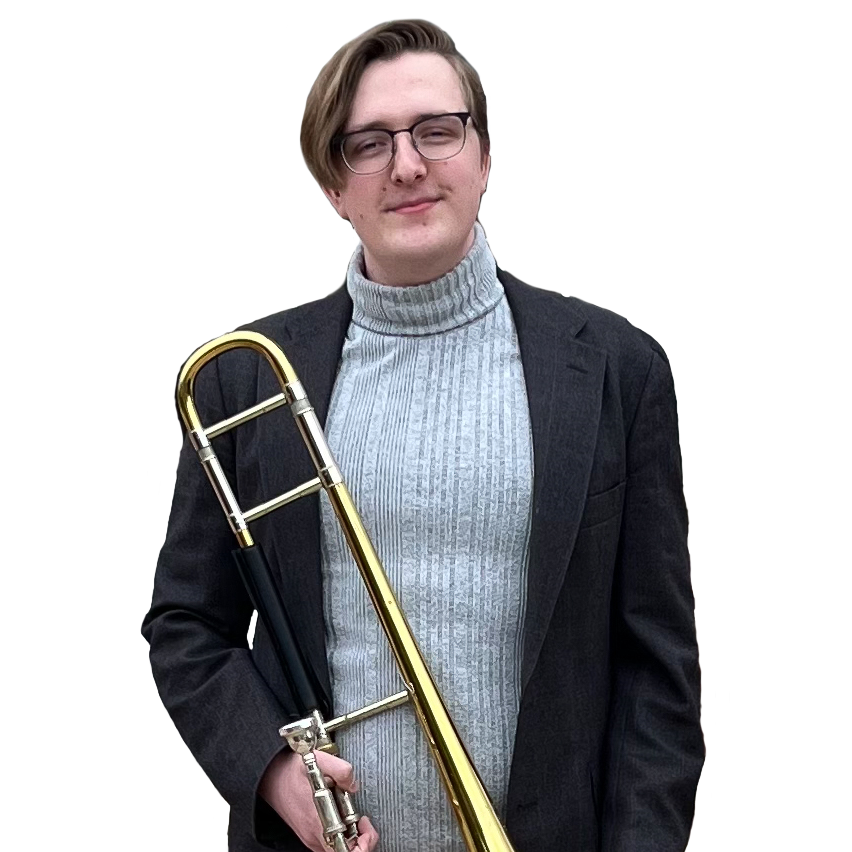 Ryan Haupt is a professional classical and jazz trombonist from northern New Jersey. He has been playing for over a decade with many prestigious ensembles, most notably serving as the Principal Trombone for The College of New Jersey’s Wind Ensemble, Orchestra, and Jazz Ensemble during his time studying Music Education at the institution from 2018 to 2022.

Since graduating from TCNJ, Ryan is currently pursuing a Master’s Degree in Trombone Performance from Montclair State University. Outside of collegiate ensembles, Ryan has performed across the world, serving as the Principal trombone of American Music Abroad’s 2018 Freedom Tour as a representative of the United States in performances in Italy, Croatia, Germany, Switzerland, and Austria.

Ryan has also performed as a vocalist alongside The Philadelphia Orchestra as a guest of the Mendelssohn Club of Philadelphia, as well as a performance at Lincoln Center singing Mozart’s Requiem with The Philharmonia Orchestra of New York. Ryan has performed in multiple world premieres of symphonic works, including Dr. Rollo Dilworth’s Weather (2021), Ryan Galik’s Felo de se (2020), and Sally Lamb McCune’s Pocket (2019).

Although primarily a trombonist, Ryan can teach any beginning band instrument, including Flute, Clarinet, Alto Sax, Trumpet, Trombone, French Horn, Euphonium, Tuba, Percussion, and Piano. Outside of teaching, you can find Ryan frequenting local jazz venues and jam sessions at locations such as Tavern on George in New Brunswick, and The Candlelight Lounge in Trenton, or working behind the counter as a Sales Associate at The Music Shop.